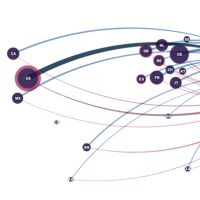 Coronavirus, more formally known as the disease Covid-19, and the infection Sars-Cov-2, just became a lot more real for North Americans, as it's finally permeated our two favourite things, the economy, and pop-culture. There is a travel ban between Europe & USA. All major indices are in bear-market territory. The NBA is shutting down, an NBA all star is infected (and touched a bunch of microphones as a joke), Tom Hanks and his partner are infected, etc. etc. Covid is obviously a thing, and it's here to stay. I'm going to stay away from the politics and handling of this "thing" and get straight into what I actually understand, which is real estate, and more specifically, housing.

I think there are three significant themes in real estate that are going to be drastically impacted by Covid-19, and these are:

#1 & #2 are definitely a little more direct in their receipt of consequence from coronavirus, but #3 is an important externality that's worth exploring.

Coronavirus will challenge the current perception of urbanization, especially for the groups most vulnerable, and most fearful. I don't have any concrete data on which populations are most fearful, although anecdotally, those 50+ seem to be taking things a lot more seriously than my millenial peers. In regards to the most vulnerable, we know that the virus and its associated disease increases in risk and severity with the age of the infected. We also know that population density plays a major role in the localized spread of infection.

So, what does this mean? To me, this means that those most infected are going to have a much different sentiment towards denser areas than they did prior to its onset. What makes this significant to me is a quick glance at the population distribution for Canada, and the knowledge that boomers are the most powerful buyers by purchasing power.

Where I've personally usually seen a near 50/50 split between boomers' propensity for urban/rural life, Ipsos has this figure at 58%. I expect this preference to increase as a result of the virus.

The logistics and economics of immigration have become significantly more complicated. This is a result of the drastic measures required to slow the global spread of this virus. We've probably already reached the point where community spread is inevitable, and therefore equal focus is being put on domestic measures, it seems that policy, and in many cases populous, have attached some fear and/or stigma to international travel, and therefore, migration. I think this sentiment affects both the migrant and the state.

The way that our country handles this crisis is going to be a variable in its attractiveness to migration in the future.

Given that immigration is a driving factor of our real estate demand pool in Canada, I suspect that these challenges will have more long-term impact on demand than we're hearing about in the current environment. Economically, foreign migration is going to have more difficulty given that markets are in constant volatility that is often negatively correlated against one another. This uncertainty and unpredictability makes it challenging to move enough capital for anything, but especially a purchase that is large and heavily regulated, such as the purchase of a home.

We will see a reality check on market fundamentals in investment. I'll try to be short and sweet on this one because I don't think it needs too much elaboration. It seems that real estate recently joined tech stocks in transcending Buffett's Rule #1 of investment (never lose money). As a result, investors are being forced to enact Rule #2 (never forget rule #1).

I think that fundamental analysis beyond capital appreciation will start to play a much larger role in real estate investment in Canada as a result of a bear market. I think this is really just a result of people realizing that bear markets can happen, which many people seemed to forget. I think a lot of people may be sitting on negative-cap-rate purchases right now sweating after realizing that if stonks don't only go up, condos might not either. This sentiment, compounded by points #1 and #2, could really change things in urban markets in Canada.

Asset-driven inflation seems to be a result of the Federal Reserve pumping liquidity into the stock market via Bond Repurchases and various levels of Quantitative Easing (but isn't not called that.) Furthermore, money laundering, the ulterior motive behind a lot of the money-losing asset purchases in Canada will slow significantly as a result of tightening capital migration.

The party is probably ending, I think consumers get to decide whether or not we should be going home, or moving the party to a sketchy after-hours club.