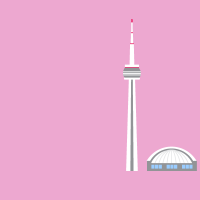 'It’s simply not possible': Why home ownership is out of reach for millennials in Toronto

It's interesting to see the demand for homes for sale in Georgina and York Region that has resulted, consequence to the following article.

Millennials need to adjust their expectations when it comes to living in single-family homes, according to Toronto’s chief city planner.

“The reality is not everyone can live in a ground-oriented, single-family home. It’s simply not possible,” Jennifer Keesmaat told BNN in an interview. “There’s not enough land to accommodate that.”

Seventy per cent of millennials value home ownership, but plan to hold off on buying a home until they can afford one they want, a BMO survey revealed in April.

However, Keesmaat says that dream of owning a home may be further out of reach than millennials realize, especially as the price of single-detached family homes continues to increase – not to mention young people’s desire to live in walkable centres with nearby transit, where homes costs the most.

Keesmaat argues that young people in particular need to rethink their goals of owning a single-family home if they want to live in an area accessible to the city.

“As land goes up in value, we need to adjust our expectations,” she said.

Although a lack of land and high costs are making it difficult for young people in Toronto to break into the housing market, one researcher says there’s “nothing Toronto can do.”

Frank Clayton, a senior research fellow at the Centre for Urban Research and Land Development at Ryerson University, told BNN in an interview Thursday that because supply is constrained in the city, it’s a “905 problem,” in reference to the area code covering some of Toronto’s suburbs.
But Keesmaat argues there is lots the city can do, like build laneway housing in neighbourhoods that can accommodate it.

While there’s wide speculation that surging home prices have caused a bubble in Canada’s hot housing markets, Keesmaat says that 96 per cent of the 39,000 units built in Toronto over the last year – mostly condos—are occupied, meaning that what Toronto is experiencing is more of a boom than a bubble.

“This is not housing being built on speculation, or being built for people who are not in fact going to be living in it,” she said. “We absolutely have a boom.”