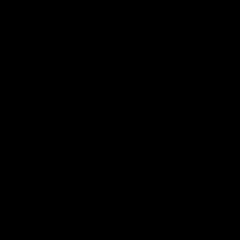 When Sharon beekeeper James Murray went out to check on his bees last week he was in for a shock: dead bees in front of his hives.

“I thought that was odd. All the bees were shaking,” he said.

The situation worsened when he discovered 17 hives were ruined and it appeared the bees had clearly been affected by something, Murray said.

Murray summoned a provincial bee inspector, who visited the local hives and said the mass deaths are the worst he has seen, Murray said.

While samples have been sent to a lab for further analysis, Murray believes neonicotinoids  — a new class of agricultural insecticide, chemically related to nicotine and used to kill sap-feeding insects such as aphids — that farmers use to protect their corn and soybean seeds are to blame for the bee deaths.

Murray and beekeepers across Ontario have fallen on difficult times in recent years. According to the province, in the winter of 2013-2014, bee deaths in Ontario reached a staggering 58 per cent. The generally accepted level by those who care for and breed bees is 15 per cent.

The culprits for the rapid rise in deaths, according to beekeepers, the province and myriad scientists, are neonicotinoids.

Anyone who lives in Sharon can attest to the huge amount of dust in the air this year because of construction.

Murray said it is especially bad this year because it has been so dry. He believes the neonicotinoids most likely got into the dust and infected several of the bees, which brought the toxin home and poisoned the other hives.

“(The use of neonicotinoid-treated seeds) needs to be reduced,” he said. “It is astounding that the farmers are continuing to use it.”

Last year, Ontario was the first jurisdiction in North America to enforce rules to reduce the number of acres planted with neonicotinoid-treated corn and soybean seeds by 80 per cent by 2017. The Grain Farmers of Ontario appealed the decision but the Ontario Court of Appeal ruled against grain farmers earlier this year.

The Ontario law stipulates farmers must plant half their soybean and corn crops in 2016 without neonicotinoids and that neonicotinoids will be banned in 2017 unless farmers can show their fields are infested with crop-eating worms and insects.

That reduction can’t come soon enough for Murray, who says beekeepers are finding it difficult to sustain a living because they have to constantly have their stock of bees replaced.

“People don’t understand the amount of money that goes into having bees,” he said.

Murray was part of the breeding program operated through the University of Guelph and his Ontario stock bees were extremely disease resistant.

“To get good stock like that cost a lot of money. Those bees are worth more than the common bee,” he said.

Murray will have no compensation or insurance for the loss of the 17 hives.  The numbers add up pretty quickly, as he estimates a hive costs about $250, the bees cost $200 and the lost crop from the hive, about $1,000. “Multiply that by 17,” he said. “This is why the beekeeping industry is dying.”

That should worry people, because bees are needed for a lot of Canada’s food production, most notably fruit that requires pollination.

“It’s a big loss. It took years for him to build up that stock,” Fly said.

If this happened on a dairy farm, there would be outrage, but when it comes to bees, people seem to turn a blind eye, Fly said.

Although it was a tough loss for Murray, he still has about 80 hives.  You might recognize him from the East Gwillimbury Farmers’ Market, where he sells his honey and has a live honey collection demonstration.  He will rebuild, but he took the loss on the chin.

“I was just devastated,” he said.