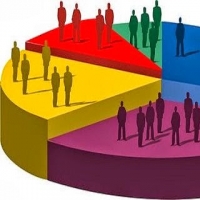 2016 census may have missed hundreds of buildings

When commercials began running weeks ago prompting Canadians to fill out their census forms by May 10, Newmarket senior Barbara Storey looked forward to doing her civic duty.

“I was looking forward to it because when (the mandatory long-form census) was cancelled by the previous government, I thought it was a big mistake. This is how you predict the future for schools, hospitals, where your population is going to live. I think it’s really, really important and I wanted to be part of it,” she said.

“You think back to biblical times, that’s why Jesus was born (in Bethlehem), because they went to be counted. It’s been going on for a long time.”

But Storey and the other residents of her condo building at 155 Main St. N. didn’t receive their forms.

And, according to Marc Hamel, director general of the census program, they weren’t the only ones.

Like Storey’s condo building, possibly hundreds of buildings across Canada were misidentified as institutions of “collective dwellings,” which covers facilities such as seniors’ residences, nursing homes, hospitals, hotels and motels, prisons and work camps, he said.

In cases of collective dwellings, Statistics Canada relies on the institutions’ administrative records to enumerate their residents rather than having residents complete individual forms, Hamel said, adding the practice was introduced during the 2011 census.

“Anytime we have access to good administrative information that pretty covers all the information we try to collect in the census, this is always the first approach that we use,” he said.

“We always look to minimize the burden on Canadians while collecting very high quality information.”

Errors of misidentified facilities are now being corrected as officials carry out routine follow up work on the census, Hamel said.

“That is what is happening now for 155 Main St. We went there, we did an inspection, we found out how the living arrangements are structured and our staff in the field determined this should have been a set of individual units rather than a collective dwelling,” he said.

Back in the spring, aware other people like her son in Lindsay and a friend in Sharon had received their forms, Storey phoned Statistics Canada, which administers the census, to report her building had been missed.

“This young man said ‘Oh not to worry, they’ll be out in time.’ And I said ‘OK, because I’m really worried. I don’t want to go to jail because I haven’t filled one in.’ And he said (gruffly) ‘We don’t send people to jail’,” she said.

“I was kidding but civil servants have no sense of humour.”

While Statistics Canada provides many chances for Canadians to complete their census, including sending out enumerators this month, absolute refusal to participate can result in  fine of up to $500 or up to three months in jail, Hamel said.

When forms did not arrive again despite the May 10 census day coming and going, Storey tried Stats Can authorities again.

Although the official insisted she must have received one by that point, Storey assured him that she and the rest of her building had not.

She was given a case number and was told an official would visit the building.

No forms or official arrived.

Another condo owner contacted the building manager, who got in touch with a Statistics Canada official.

The manager left a notice on a bulletin board saying a government official would be visiting the condo building in the near future.

Last weekend, letters were left in residents’ mailboxes on their front doors.

“It has come to our attention that the majority of units in your building did not receive census questionnaires,” it said, instructing residents how to complete their form online or through an enumerator who could deliver the form and provide assistance.

Ironically, despite Storey’s efforts to get the census forms to all the residents of her building, she did not receive a letter in her mailbox.

She only found out they had been delivered after a neighbour called to let her know.

“She said ‘I’ll give you mine’ and I said ‘That’s not the point. The point is I’ve been missed again’,” Storey said.

“It made me very angry. I said to my friend this morning ‘God moves in mysterious ways and I think the government does as well’. I take it (doing my civic duty) very seriously…. It’s more frustration than anything else because it was billed to be such a big thing and everybody had to do it and then somebody slipped up somewhere.”

Storey later discovered she hadn’t received the letter because a Stats Can official had wrongly assumed she had completed her census during a previous conversation with the government department.

While Storey is worried the forms from her building may not be counted due to their late submission, Hamel said they definitely will be included because Statistics Canada is conducting final follow-up until the end of July.