About 2,000 people got Hip at The ROC in Georgina 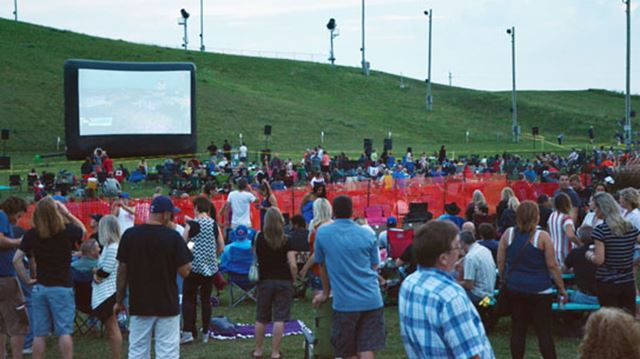 By Susie Kockerscheidt
More than 2,000 Tragically Hip fans flocked to the ROC in Keswick to take in the final concert of the band.
nextplay/pausepre2/2
Georgina Advocate
By Heidi Riedner

About 2,000 people in Georgina got Hip at The ROC, joining roughly a third of Canada’s entire population that tuned in to the Tragically Hip’s final concert Saturday.

Georgina was one of five municipalities in the region — including Newmarket, Aurora, Stouffville and Markham — to host a live streaming of The Tragically Hip: A Canadian Celebration on a night that turned out to be a collective final fan tribute to a band with a 30-year history, 14 studio albums and dozens of iconic songs.

The overwhelming vibe at The ROC was bittersweet, with both cheers and tears accompanying the end of each song belted out by Hip frontman Gord Downie, in what many described as a piece of home and history wrapped in a beautiful, bittersweet night packed full of pride and patriotism.

The CBC's commercial-free broadcast and livestreaming of the concert reached 11.7 million people on Saturday night, according to preliminary audience figures.