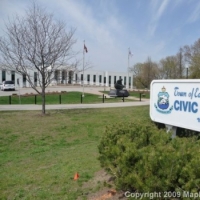 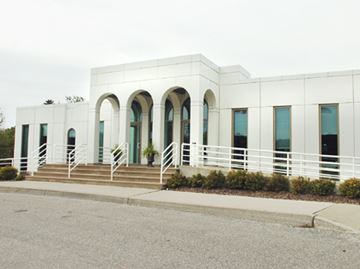 East Gwillimbury might have to reconfigure the dais after the 2018 election to allow for more seats.

The town is moving ahead with its electoral review after hiring consultant Andrew Sancton for $29,800 to oversee the review.  Sancton is a professor of political science at Western University and has consulted on numerous municipal governance issues, including the recent regional governance review for York Region.

The town’s review will examine many aspects of the electoral system, including whether the current at-large system is best or if a ward system would better serve constituents, consideration of additional councillors and review of the deputy mayor role.

During a contentious council debate in December, $30,000 was set aside for the review as part of the town’s 2016 budget.

Back in December, Councillor Marlene Johnston said the town didn’t need a consultant to tell it if it needed two additional councillors to represent residents, citing the 2010 referendum results that stated residents have little desire to change the local electoral system.

Mayor Virginia Hackson said an electoral review has long been talked about and that now is the time to have one with so much growth on the near horizon.

Increasing the size of council might be a necessary move, Hackson said.

“We have the smallest number on council that is allowed under the municipal act,” she said.

“I’m not sure that five people can govern the number of people that are coming.”

Hackson also said the review will focus on if it is necessary to change to a ward system.

“It will be important to determine whether or not we are at a point of needing a ward system. I’m hoping the study will give us some answers,” she said.

Public consultation sessions will be held later this year to give residents a chance to have input on the electoral system moving forward.

Councillor Joe Persechini said he is heading into the process with an open mind, interested in hearing what residents have to say.

“I would like to hear the results of the study before I make a decision,” he said.

A resident-backed petition for a ward system reached the Ontario Municipal Board in 2011 but the request was denied because the group didn’t show compelling reason to divide the town into wards.

East Gwillimbury and Aurora are the only municipalities in York Region with at-large electoral systems. Under the current format, the four councillor candidates who receive the most votes are elected.

The ward system is favoured by some because it lends itself to a more fair and guaranteed representation for individual communities at council.

The cost of an additional two councillors shouldn’t be understated. While an East Gwillimbury councillor’s salary was $43,800 in 2015, the actual cost to the taxpayer was over $60,000 when you factor in benefits and car allowance.

Two additional councillors would cost the town about $120,000 or about a 1 per-cent tax increase at current population levels.

The hope from town staff is to wrap up the process by early next year so any changes can be made before the 2018 election. While Hackson said the town is within the timeframe to make changes for 2018, council will only act if there is ample consultation with the public.

“I would not want to rush it through,” she said.