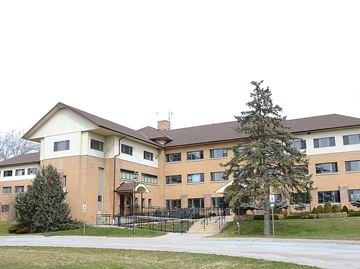 A Georgina councillor may be the lone voice of dissent for the second time regarding the disputed Maple Lake Estates lands slated for large scale development on designated wetlands in the North Gwillimbury Forest.

After decades of controversy, Neeson says the time is here to amend Georgina’s Official Plan as it pertains to the Maple Lake Estate provincially significant wetlands within our Georgina official plan.

Neeson was the lone “no” vote against a council resolution last year asking the province to help facilitate a land swap of development approvals from lands on the north side of Deer Park Drive and part of the North Gwillimbury Forest to lands owned by the same company on the south side of the road.

Protecting the forest at the expense of farmland was not an option for Neeson, who voted against the resolution, which the rest of council supported in May since it provided the best possible opportunity to not only protect the MLE lands from development, but also see the lands being dedicated into public ownership.

Neeson’s decision to seek an amendment to the town’s proposed official plan this week comes on the heels of the North Gwillimbury Forest Alliance (NGFA) reiterating its position the town is legally obligated to bring its official plan into conformity with the provincial policy statement and York Region’s official plan, adding the town’s official plan must be amended to prohibit development on MLE’s wetlands and woodlands.

There is nothing in the Greenbelt Plan that exempts the town from its Planning Act obligations to protect the MLE’s provincially significant wetlands and woodlands, NGFA chairperson Jack Gibbons said, adding towns and villages are not subject to the province’s Greenbelt Plan legislation and “continue to be governed by municipal official plans”.

But that is a matter of opinion and interpretation not shared by the town’s planning department, a consulting firm hired in 2013 to undertake the Official Plan review, a council-appointed steering committee and a technical advisory committee, according to the report being tabled.

According to the town, the Greenbelt Plan’s designation of the MLE lands exempted them from the natural heritage system, which is the backbone of the plan and its associated policies.

In addition, according to the Planning Act, upper-tier plans take precedence regarding conflicting policies and, therefore, the Greenbelt Plan and York Region Official Pan would have to be amended first to prohibit the approved development in order for the town’s official plan to be amended, the report states, adding both recognize and permit the approved Maple Lake Estates development.

The town has always reiterated that MLE has Ontario Municipal Board (OMB) approved Official Plan policies and zoning in place and is a registered plan of subdivision along with an executed development agreement.

It does not require any additional approvals under the Planning Act in order to develop, as approved.

As the proposed Official Plan maintains the existing MLE policies of the current Official Plan, it is, therefore, consistent with the provincial policy statement, as its natural heritage policy only applies to development that requires planning approvals, which is not the case with MLE.