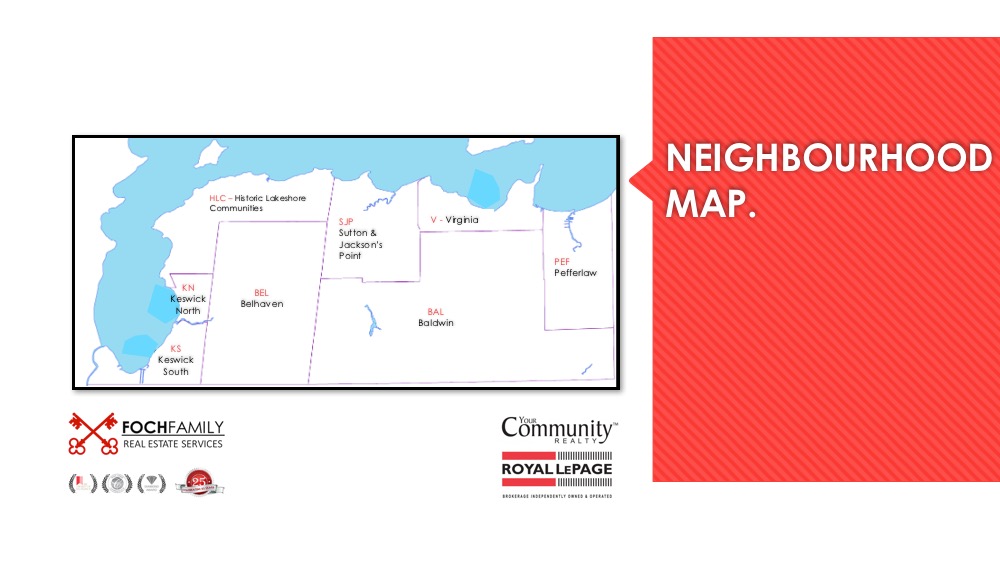 Georgina, Ontario is located in York Region. Georgina represents the northernmost part of the Greater Toronto Area, and is situated approximately 45 minutes north of Toronto. Georgina's real estate market is represented by 8 sub-markets as defined by the Toronto Real Estate Board: 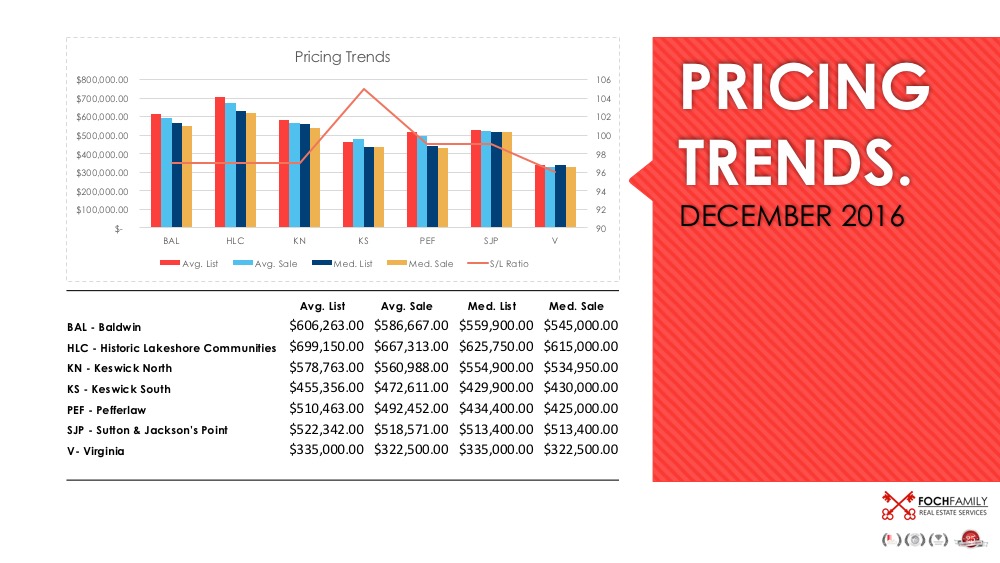 Trade Volume of Homes in Georgina 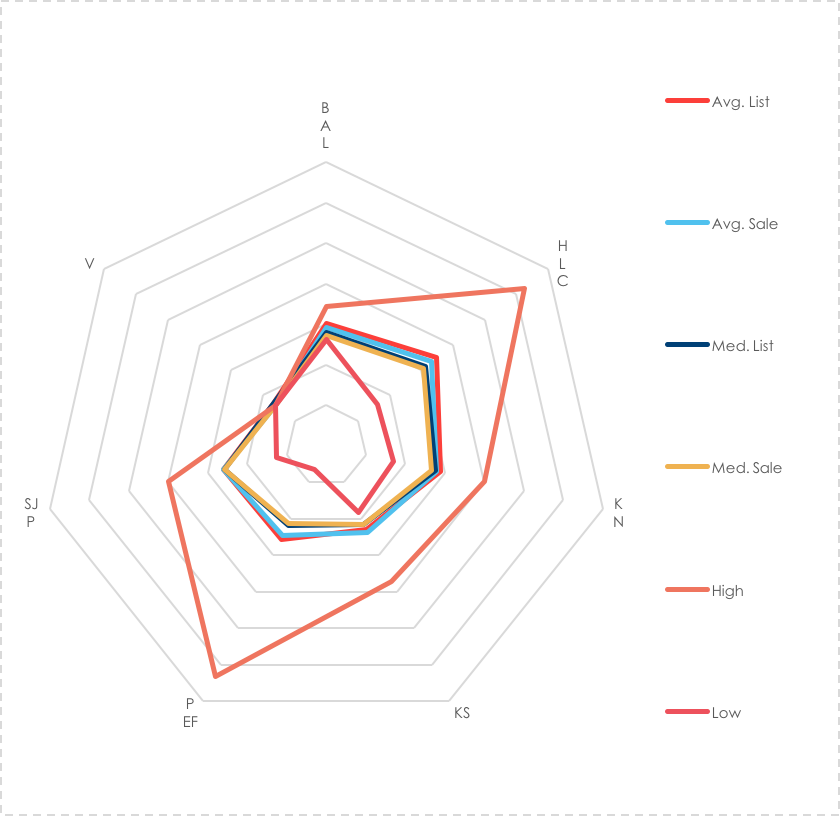 The year-end trends for 2016 have given us an intimate insight in the way that different product transacts within the Georgina Real Estate Market. It appears as though traditionally slower-moving areas (Pefferlaw, Historic Lakeshore Communities, Sutton & Jackson’s Point) have seen substantial relative increase in volume towards the year-end. This could point us in the direction of a number of conclusions: 1) These areas are sought after for investment, and investments are typically transacted closer to fiscal year-ends or beginnings; 2) These areas are deliberated upon more heavily when purchasing, and many buyers were holding out for deals while properties sat on the market; 3) High-volume and high-price real estate sales areas such as Keswick North and Keswick South have pushed buyers towards these sub-submarkets as price growth continues throughout Georgina. 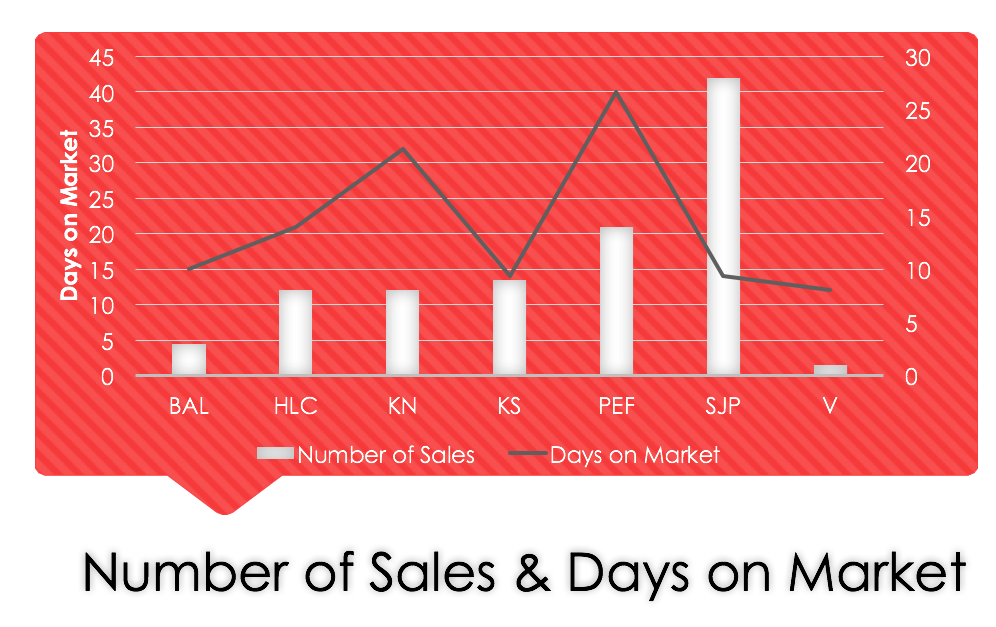 The market was completely dominated by real estate sales volume in Keswick throughout 2016. We finished year with a huge boost in sales in Pefferlaw and Sutton & Jackson’s Point (which outperformed Keswick North and Keswick South Combined).

Investors are the most active buyers in the year-end market. This year-end surge may be indicative of the shift in real estate investment motives in Georgina we will see throughout 2017. Last year, towards year-end, Simcoe Landing saw similar surge in volume. This tells us that Georgina real estate investors believe there are quality returns to be found in Pefferlaw, Sutton & Jackson’s Point. 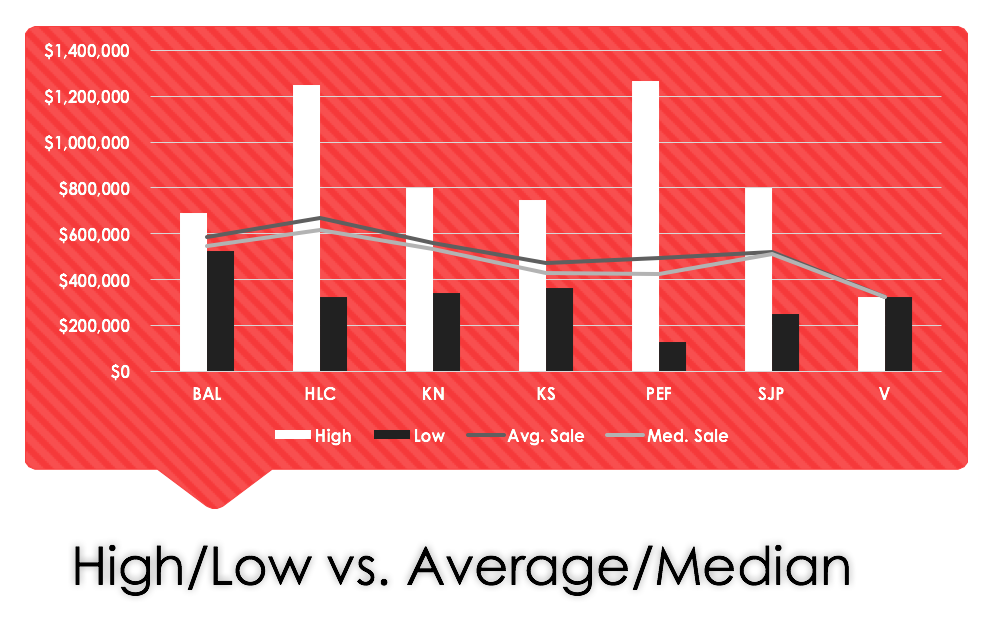 High and Low Sale Prices of Homes in Georgina

We love looking at the highest and lowest values of homes sold in Georgina because it tells us a lot about the type of buyers active in the market at a given point in time.

The high points, which are relatively higher on average than other months, could be telling us that many of the high-end buyers are conscious of their balance sheet when making a purchase, trying to squeeze assets into a given fiscal year.

The low points, which are also relatively higher, may tell us that investors or pushed-out buyers may be scooping up stagnate properties towards the end of the year.

Given the shifts in volume, the market presents a strange, and relatively inconclusive picture of what type of house sizes are being demanded in the Georgina real estate market. The demand actually seems to move in the opposite direction of what would have been expected months prior.

Keswick South, Sutton, and Virginia experienced demand for smaller homes, which indicates a gravitation away from family-oriented homes during the winter months. The only major conclusion we can draw here is that the demand for affordable housing in Georgina increases towards the end of the year.

Despite the decrease in volume and demand, price elasticity remains consistent with the remainder of real estate transactions in 2016. On average, homes are selling at a lower percentage of asking price when compared with more robust markets such as spring & fall. Keswick South continues to transact higher than the rest of the market despite a decrease in volume, indicating an excess demand for homes for sale in Keswick South. 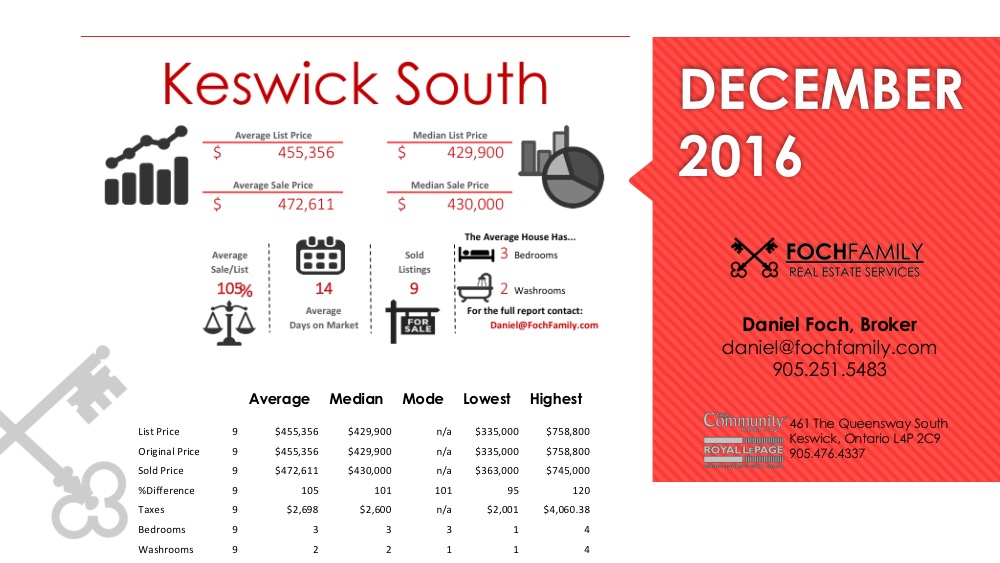