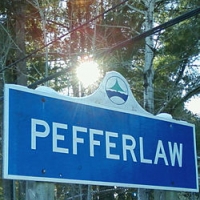 Pefferlaw picnic revs up the community 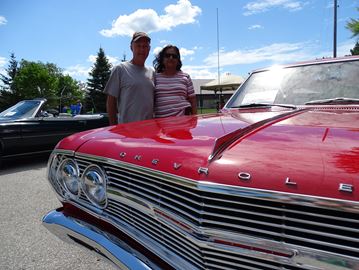 The hot August weather couldn’t keep the crowds away from the Pefferlaw Association of Ratepayers Family Picnic Monday.

People came out in droves to enjoy many classic cars, games and activities for children.

Elgin and Estella Annis were camped out by  red 1965 Chevy Cheville. They had come for the Pefferlaw Lions Antique Car Show from Mount Albert.

“There’s a number to look at here," Elgin said. "I have been coming for four or five years.”

Next to Annis was Pefferlaw resident Rick Travis who was showing off his fluorescent blue 1967 Beaumont. He looks forward to coming to the picnic every year.

“It’s a gathering of a lot of good people,” he said.

Travis was still licking his wounds from the hot wing contest that nearly sent him out of commission early in the day.

“The chef did something extra this year,” Travis said.

He could only manage to down one wing this year.

“The winner only managed to eat four,”  he said.

The Pefferlaw Lions are instrumental in running the picnic. Wayne Pettifer has been with the Lions for 43 years.

“It’s our 60th anniversary this year,” he said.

The Lions use the fundraiser to pay for sponsoring a variety of community activities such as baseball, hockey, scouting, bursaries and Camp Kirkfield.

The event put on by the Pefferlaw Association Ratepayers every year is special for the community because everybody is welcome.

“It’s free,” PAR spokesperson Garry  said. That wouldn’t be possible without the support of local businesses and the town who sponsor the event.

Over in the  area, families were enjoying the giant inflatable structures. Lena Hastings was watching her son Cameron ascend the rock-climbing wall.

“This is my first time coming to the event,” the Keswick resident said. “I heard about it through my friend on Facebook.”