Screening of movie to raise funds for Georgina wildlife centre 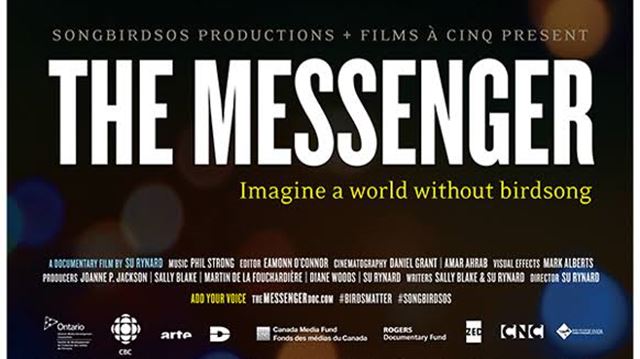 If you’ve ever tried to help an orphaned or injured animal, you can most likely appreciate the time, money and effort that would be involved doing it on a massive scale.

That is exactly what the area’s only wildlife rehabilitation centre does daily and Shades of Hope (SOH) needs  your help to care for an anticipated 3,000 orphaned or injured animals by year’s end.

And that’s why the centre is hosting a one-time showing of the award-winning documentary The Messenger at The Gem Theatre in Keswick Sept. 18 to raise funds and awareness of its wildlife preservation services.

The Messenger, by Toronto director Su Rynard, unravels the mystery behind the world’s vanishing songbird population and questions what this means for the future of humans.

“With no government support, we rely 100 per cent on the generosity of donors to raise the funds needed to provide this free-of-charge support."

All proceeds from ticket sales, as well as an accompanying silent auction and draw, will support SOH  efforts to medically assess, treat, rehabilitate and nurture injured and orphaned native wildlife with the goal of releasing healthy animals back into their natural habitats.

“The costs involved in raising/rehabilitating wildlife are substantial,” SOH founder and board member Gail Lenters said.

SOH treats head and spinal traumas, fractures of all kinds, starvation, illness due to viruses, parasites and infections, as well as injuries to eyes, ears and feet.

And that includes an entire menagerie of animals, from the smallest baby opossum a few days old to a bear, Lenters said, adding a whole host of others, including song birds, ducks and geese, swans, gulls, crows, hawks, falcons, owls and turkeys, skunks, beavers, squirrels, porcupines and foxes.

Costs associated with even the most basic of requirements, such as food, can add up.

A songbird being treated for four months will cost $160 in food alone.

Smaller mammals, like a chipmunk or a bunny during its stay, consume up to $200 in food.

That’s a lot of cash for chow, especially when you consider Shades of Hope has cared for 2,300 animals this year and anticipates reaching 3,000 by year’s end.

“With no government support, we rely 100 per cent on the generosity of donors to raise the funds needed to provide this free-of-charge support. We need your help to save wild lives.”

Shades of Hope is also dedicated to raising awareness of the need for preservation of endangered and threatened species in Ontario.

If you’d like to find out more and also help, tickets for the one-time airing of The Messenger at The Gem Sept. 18 beginning at 4:30 p.m. cost $10 and are available in advance through the SOH website at shadesofhope.ca/shop.html or through The Gem Theatre in Keswick.

Heidi Riedner is a Reporter for the Georgina Advocate. She can be reached at HRiedner@yrmg.com .