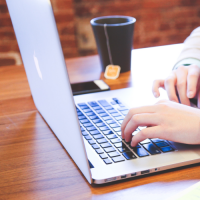 The pandemic has had an unexpected impact on the housing market, and they’re calling it the GTA migration.

Daniel Foch is a Real Estate Broker out of Keswick and says more people are moving away from the GTA as a work-from-home lifestyle takes over. “The uncertainty of the workplace has people seeking certainty elsewhere,” Foch told Barrie 360. “They also want more space to work from home; your home is becoming a mixed-use dwelling now.”

Foch bases this summation on data from the Toronto Regional Real Estate Board, comparing the addresses a new home buyer is moving out of and into. Plotting that data on a map shows an exodus from the GTA, with many choosing Simcoe County as a new home base. “So they’re thinking, ‘I want a location where I can go and enjoy nature,'” he added, “So you’re getting the mix between space for work-from-home and that idea of sort of stay-cationing.”

This migration from the GTA into Barrie’s neighbourhood has not gone unnoticed by the city’s mayor, who adds there is a minor exodus out of Barrie too. “What was interesting actually, in that graph is you saw some arrows out of Barrie to the countryside,” said Barrie Mayor Jeff Lehman. “But for everyone who’s moving out of Barrie, there’s 10 more that want to come in behind.”

Lehman adds there will be plenty of room for these new residents too. “We are in a position to build a lot of single detached right now because for the first time in 10 years, we have new subdivisions at the annex lands that are under construction.”

Even though the migration out of the GTA is being driven by a new work-from-home lifestyle, Foch doesn’t think it will be permanent. “The economics of living in Toronto especially have been not good for so for young people, like there’s no reason to buy a condo really no opportunity to buy a condo. And now that prices are starting to decline, I’m getting tons of inquiries,” he continued. “I think a lot of younger millennials and Gen Z are actually going to be part of that resurrection of the urban area regardless of what happens.”

However, the demand for real estate in Barrie and Simcoe County continues to grow, and Mayor Lehman fears that will impact those hoping to rent a home. “My biggest concern, though, really is this all plays out into the rental market by and it pushes up average rents, because owners have to cover higher purchase prices with what they’re charging to rent.”