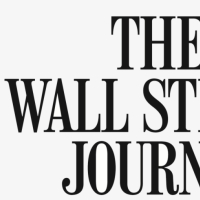 "With Canada mortgage rates at their highest level since 2009, house sales in June were down 24% from a year earlier, according to the Canadian Real Estate Association.

Real-estate brokerage Realosophy said Toronto sales declined 40% in May from a year earlier and now sit at a 20-year low. The median price for a Toronto home, excluding condominiums, is down nearly 20% from a February peak.

Daniel Foch, a real-estate agent who focuses on Toronto’s suburbs, said the mood among would-be buyers is “somewhat bittersweet, because a lot of them are seeing prices come down and they’re thinking, ‘all of sudden I can afford that house.’”

The problem, Mr. Foch said, is when they seek financing. “They realize their buying power has been reduced by the same amount.”

Economists are marking down their expectations for Canada’s economy as housing, which accounted for about one-fifth of the growth in gross domestic product last year, slows."

in Ottawa and Stephen Wright